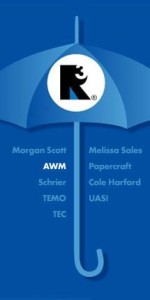 A.W. Mendenhall – Supplying Businesses With the Products They Need

Almost 100 years ago, Alcott William Mendenhall graduated from college and went to work for a small supplier of twine and allied products. His business acumen and self-motivation led him to think about starting his own business venture. He opened a small office in Oklahoma City, Oklahoma in 1917 that sold cotton twine and sweeping compound.

A. W. Mendenhall enjoyed success until World War I broke out. Forced to shut down during 1918, when Alcott W. Mendenhall went to war as a fighter pilot, the company reopened a year later upon his return. It did not take long for the company to outgrow its one-man operation stature.

Just before New Year’s 1919, A.W. Mendenhall joined forces with E.H. Wolfberg. They were a dynamic duo that formed an organization destined to grow. As the business grew, so did the number of products for sale. In addition to cotton twine and sweeping compound, new lines such as toilet paper, paper napkins, butcher’s paper and wrapping papers came on board.

Shortly after Alcott W. Mendenhall’s death in 1925, A.W. Mendenhall Company moved to Kansas City, Missouri where, in the early 1940s, it was called on by a small company with a revolutionary product which we now know as the “Dixie Cup,” a cornerstone of our carry-out disposable culture. A. W. Mendenhall’s ability to recognize promising new products and successfully market them continued into the mid-1940s when they were again approached by another company whose product, a soft, pliable facial quality tissue called the TONE handkerchief (better known today as Kleenex) would influence and shape the habits of Americans for decades to come. A.W. Mendenhall’s success at marketing this product saw them become the mill’s single largest customer! Eventually the Scott Paper Company bought out the mill.

The success enjoyed by A.W. Mendenhall led the company into the arena of manufacturing and marketing its own label of high-quality merchandise. The Perfect and “Hi-Kleer” products set industry standards for quality and value. Among the items offered were lint-free paper wipes, drinking straws, aluminum containers, and the original glued and wax-lined (Mullen) food tray. It was the Mullen Food Tray that resulted in A.W. Mendenhall and its manufacturing subsidiary, Mullen Container Corporation, being acquired by Potlatch Forests, Inc. in 1958.

Cy’s management team revitalized the company and started it on the road of Manufacturers’ Agent and Master Distributor. A.W. Mendenhall Co., Inc. became renowned as a pure Redistributor (the modern term for Master Distributor), serving thousands of wholesale distributors throughout the Midwest region of the United States.

Their customers knew AWM was their source of supply and not their competition, as A.W. Mendenhall did not sell to end users. Rather, Mendenhall serviced companies who in turn supplied the fast food, hospital, paper, industrial, restaurant, institutional, airline and transportation supply industries as well as food, drug and hardware chains. As AWM went into its second generation of Wolken ownership, the management team continued to uphold the traditions of the past with an eye on the future. Totally committed to being the best possible supplier, A.W. Mendenhall Co., Inc. strove to implement the latest technologies, offer the most innovative products designed to meet customers’ changing needs and provide the best possible service to the wholesale trade.

In 1999 AWM grew their product bundle by acquiring two janitorial-sanitary supply Redistribution companies. In 2001 they expanded their facility in Elk Grove Village Illinois to over 260,000 square feet of space under one roof. Then in September of 2005 A.W. Mendenhall joined the R3 Reliable Redistribution Team.